Day One Collection Worth Crores, Mixed Fan Reaction And More

Bollywood actor, Akshay Kumar is currently awaiting audience reaction to his recently released film, Samrat Prithviraj. The hunk has been on his toes for the past few weeks as he’s been busy promoting his movie with his co-star, Manushi Chillar. Apart from them, the film also featured actors Sanjay Dutt and Sonu Sood in the lead roles. Samrat Prithviraj was theatrically released on June 3, 2022 across the country in three different languages ​​namely Hindi, Tamil and Telugu.

Written and directed by Dr. Chandraprakash Dwivedi, the historical drama is based on the poem, Prithviraj Raso, composed by the 12th century poet, Chand Bardai. A highly invested project of Yash Raj Films (YRF), the film is based on the life story of the great warrior, Prithviraj Chauhan. The first reviews of the film, Samrat Prithviraj are out now, let’s take a look at Akshay’s early period drama review. 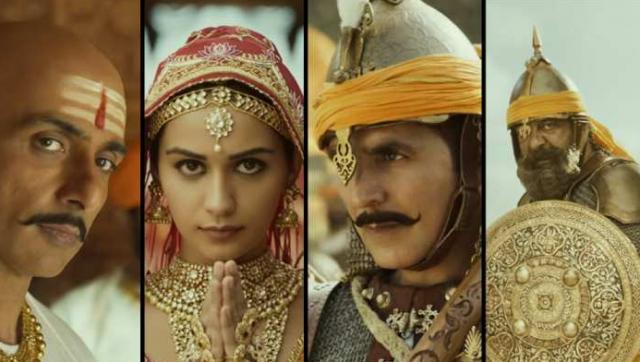 The film revolves around the life of the last Hindu king, Samrat Prithviraj Chauhan, a character played by Akshay Kumar. The 12th century ruler of Ajmer, Prithviraj had fallen in love with Rajkumari Sanyogita, and the moment she returned his love, the two galloped off as he claimed her to be his. Thus, the knight of Sanyukta in shining armor had saved her from the wrath of her father, Jaichand. The two-and-a-half-hour film, Samrat Prithviraj, features high-pitched dialogue, elaborate period costumes, and plenty of fight scenes. The main antagonist, Mohammad Ghori played by Manav Vij, heralds war as he is sparked by Prithviraj’s decision to give refuge to his brother, who had fled with the sultan’s mistress. 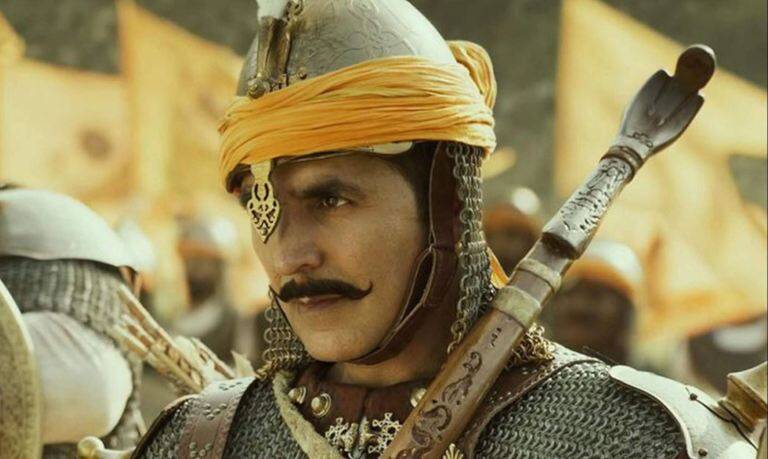 Although the film is loosely based on fact, it lacks a larger vision and greater integrity. The storyline contrasted with the bravery and proud journey of the great warrior as it involved some heroism. The film gets off to a good start with a fight scene between Akshay and a lion, but the excitement drops after the scene, only to increase in the second half. Additionally, there was no separate introduction of the protagonist and antagonist, rather it was an array of sequences played out without any buildup. 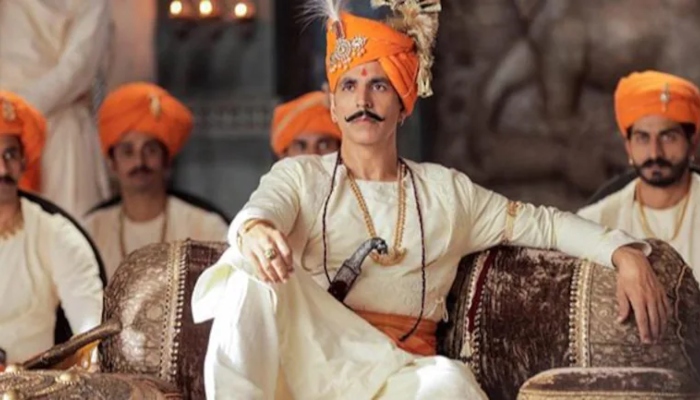 On its first day at the box office, Samrat Prithviraj collected a good amount between Rs 10.30 crores and Rs 10.80 crores. However, it was the public reaction that grabbed the headlines the most. Social media is filled with mixed reactions as some fans praise the film for its plot and direction, on the other hand, others claim that it is soulless and monotonous. Check out the tweets and social media posts below: 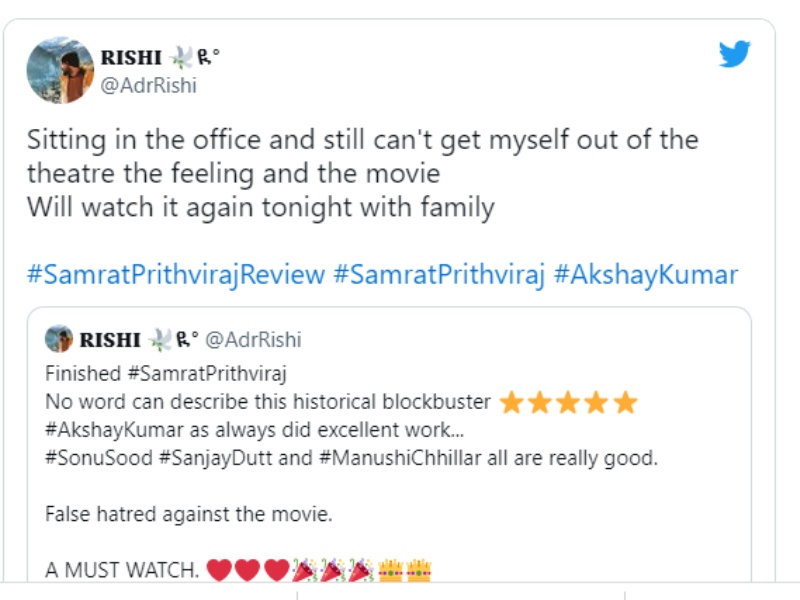 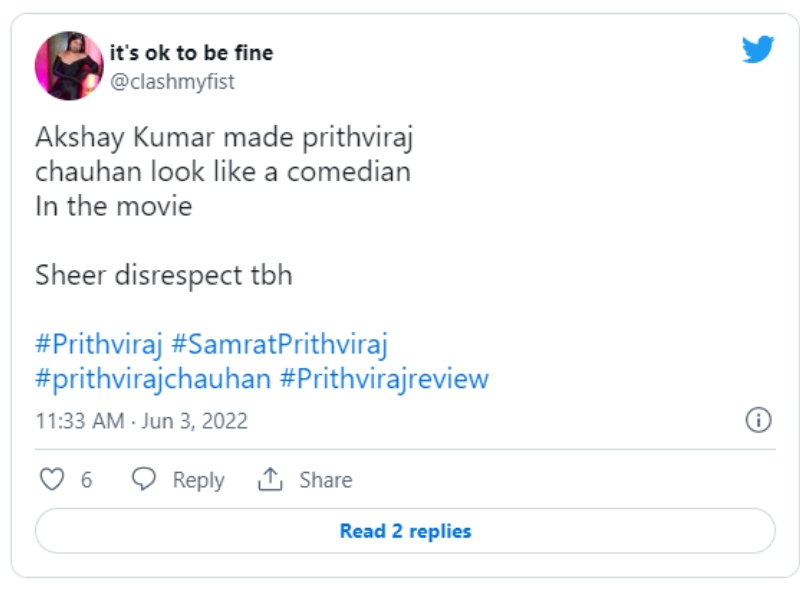 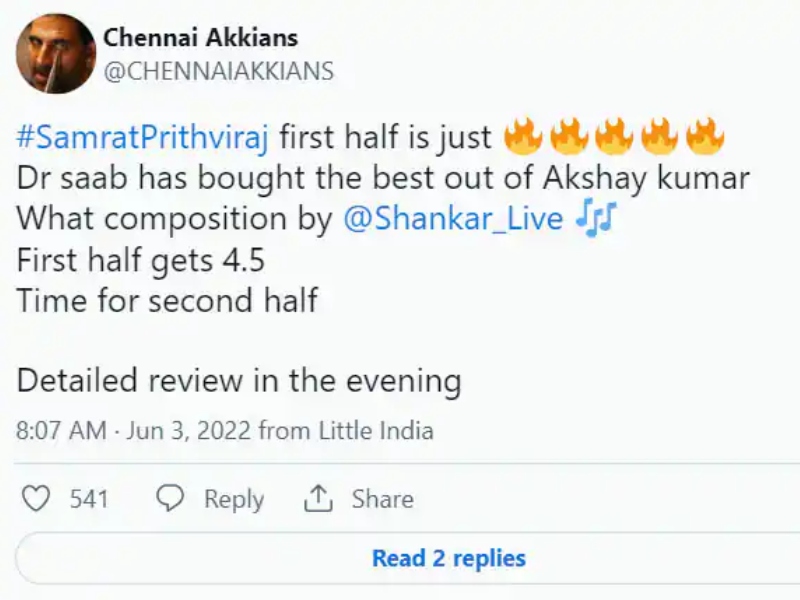 What are your reviews of the film, Samrat Prithviraj? Let us know!

Next Read: Mom-to-be, Vinny Arora Dhoopar looks super cute in pink overalls as she goes on a treasure hunt

AWESOME NEWS! Now you can download BollywoodShaadis app and never miss a story. Get the app

AWESOME NEWS! Now you can download BollywoodShaadis app and never miss a story. Choose your device android Where iOS (Apple)