ASTANA – Kazakh TV is launching a unique project â€œLegends in Musicâ€ on the ancient art of kui (traditional musical composition) and kuishis, the best folk musicians in the country. Kazakh songs and music have always reflected the ancient history of the people, their feelings, their hopes and dreams, their sorrow and their joy. This vast sea of â€‹â€‹expressive melodies amazes by the beauty, the diversity of subjects and genres.

Aikumis Seksenbayeva, General Producer of Kazakh Television, underlined the uniqueness of traditional Kazakh Kuis, saying: â€œMusic is an important part of Kazakh culture. Kui is a song without words and this fact especially makes the perception of music deeper. So the composition can have a great story and you have to use your feelings or imagination to understand the story. “

She said 12 series can only show a tiny part of this cultural phenomenon because there are hundreds of kuis and all of them are from different time periods.

The TV show crew did an excellent job of research. The best musicians in the country participated in the creation of each episode. Talented artists worked on unique illustrations. Thus, each episode is ended with an original kui to give the opportunity to appreciate the composition.

The main task of the show is to acquaint viewers with national music in all its diversity, volume and meaning, as well as to enrich knowledge about the unique creativity of kuishi artists. 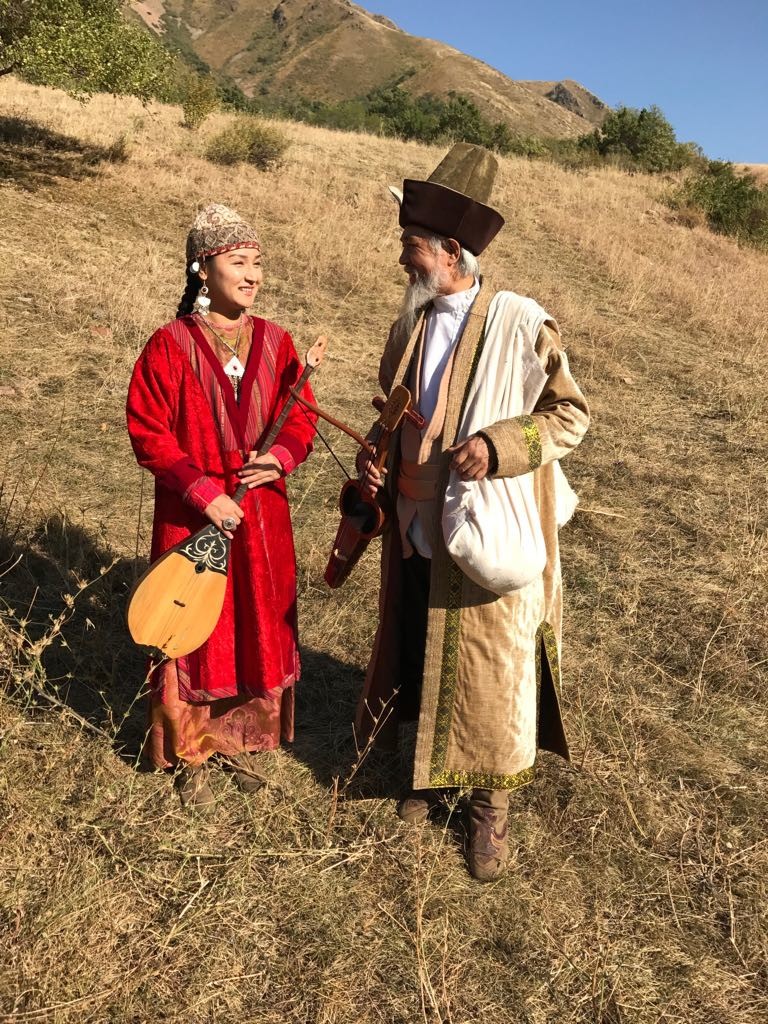 In ancient times, music was heard everywhere: in the limitless Kazakh steppe, in noisy fairs and bazaars, in poor and rich yurts (Kazakh mobile homes). Loud, triumphant music opened the celebrations and greeted the birth of a child, while painful and dismal sounds followed a person to their grave.

Before playing kui on the dombra, the kuishis talked about its content, ending the story with the traditional phrase: â€œNow listen to how the dombra tells this. “

Beautiful legends related to music have survived, retaining remarkable images of antiquity and the names of the authors who created them. Over time, the kuis lost their words and now only music tells about these amazing events of the past.

Traditional music is the richest treasure of cultural heritage, serving as a monument to eras and centuries of the history of the Kazakh people. The Kuis reveal the subtle feelings of the human soul and nature, best reflecting the complex spiritual world of the Kazakhs.

A kui is not only a melody with a complex rhythm and a particular musical sound, but also a play – deep in content and form told by the language of music. It reveals the state of mind of the person and his experiences and reflections on the meaning of life. The tradition of the art included an oral narrative. Kuishi described the contents of a kui and the occasion for which it was written. Therefore, before playing, the performer offered an explanation about the story and the theme. However, time has separated oral creativity from instrumental performance, and only a few performers accompany their piece with a preliminary story.

The TV channel aims to promote national culture and show its uniqueness to viewers around the world. All â€œLegends in Musicâ€ episodes are available to watch on www.kazakh-tv.kz.

Previous ASU Child Drama Collection Expands Reach to Academics
Next Review of “The Dawn of the Romantic Opera”: subtle and playful performances