La Rondine, the review of If Opera

Or throw away the whole configuration and start from scratch?

It is the latter that we currently see at work at the If Opéra, whose first real season (there was a taste of it last year with a reduced version Cav/Pag) opened at lovely Belcombe Court in Wiltshire this week with Puccini’s the roundel. However, before you get the opera, you get the mission statement – important enough to be reprinted on every ticket. The revolution here is twofold: firstly a reframing of opera itself, moving it from something “rare and inscrutable” to something more normal, everyday, and secondly a major overhaul of the creative activity of opera itself.

Overall, the change is moving towards a performance society setup – a staple of continental opera, but not in the UK, where singers live more precariously from contract to contract, perpetual freelancers and suppliants. The goal is to empower artists in the most practical way – through compensation, status, logistics and job security – as well as reap the artistic benefits of a company of artists working together across multiple shows and roles.

It’s a bold experiment, and it’s only just begun. In some ways, music is a similar story. It feels like something is still being built in this ambitious opening show – a company and a space finding their voice. 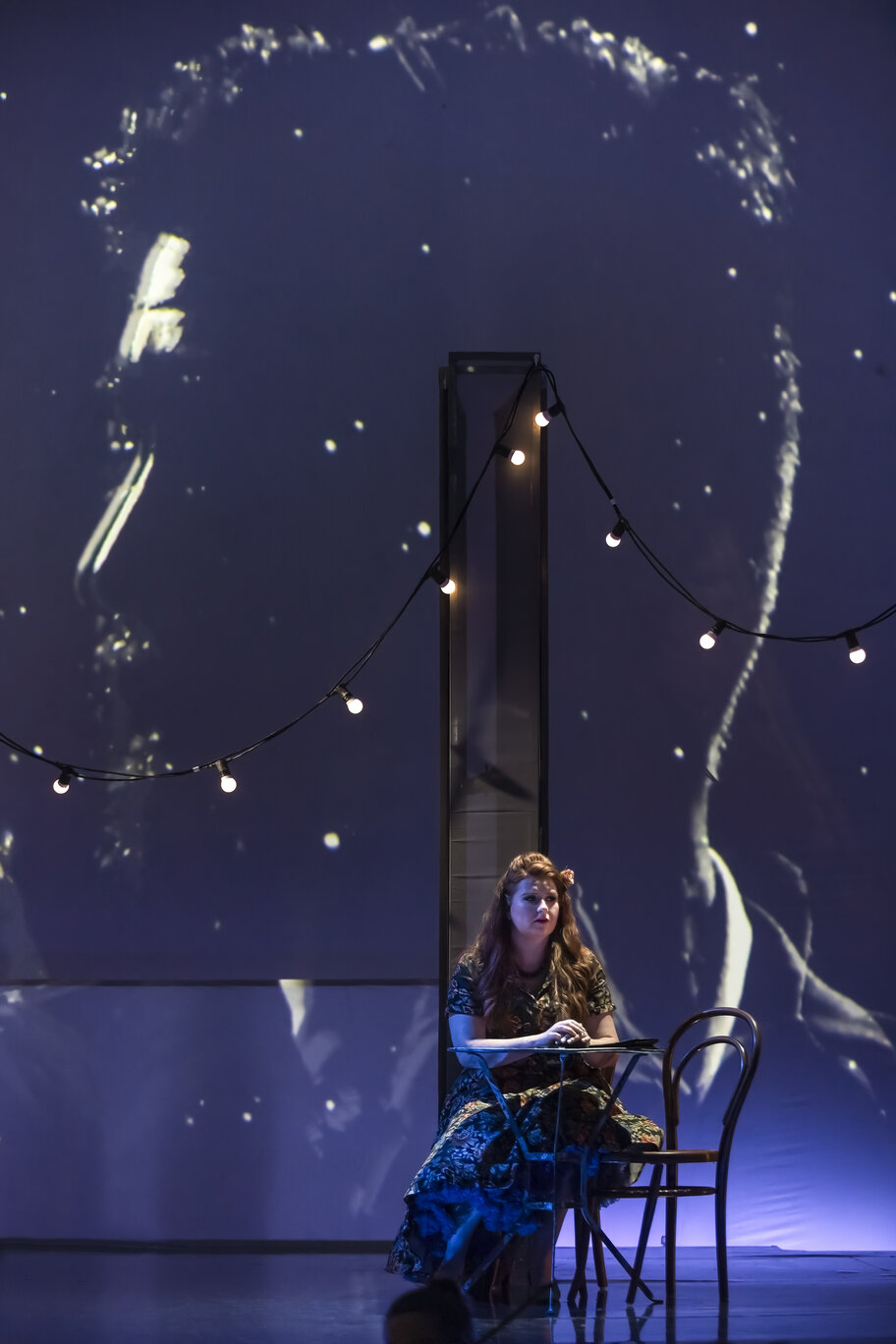 The crowded tent-auditorium gives an idea of ​​the goodwill surrounding the project. Would they have come regardless of the repertoire? Most likely. But the choice of Puccini’s delightful but relatively little-known Viennese operetta with an Italian accent (and follow-ups including Donizetti’s Rita and Wolf-Ferrari Susanna’s secret) shows an ambition beyond Bohemiathe sand traviatas. It’s a great leveler: if no one knows the score, then right off the bat you’ve already eliminated some hierarchies and preconceived ideas.

The particular alchemy of the roundel lies in the contrast between the levity of the plot (the girl with a checkered past meets the good boy; the boy proposes; the girl refuses to spare her reputation) which has the rapid conciseness of a short story as well as its gaps and silences strategies, and the richness of the score itself. It’s less a love story than a love idea story, and the atmosphere is essential.

With so little horizontal ground to cover, the vertical depth of texture and tone becomes the focus, and what a luxury here to squeeze an orchestra – the local Bristol Ensemble – into the tent. Acoustically it’s a challenge, and under the direction of Oliver Gooch things get really loud. The long, thin pit doesn’t help balance, but it’s nothing that won’t work itself out over the course of the run.

The young cast (many of whom will return in other roles and productions over the course of the season) bring a freshness befitting the first two acts of this fragile drama of almost found love: the awkward-cute encounter; the dazed and giggling trio of girls. Youth takes over the dreadful claims of the poet Prunier (tiny but characterful voice in the hipster tale Paris-by-way-of-Dalston by Ryan Vaughan Davies, illustrated top), while the fact that Magda’s confidence and self-assurance are clearly feigned rather than felt gives meaning to her boss Rambaldo’s unexpected sweetness. The Bullier nightclub erupts with good-natured exuberance in Act II, with just enough tongue-in-cheek Parisian kitsch in Flavio Graff’s designs to remind us that it’s not. Manon but one commedia lirica. 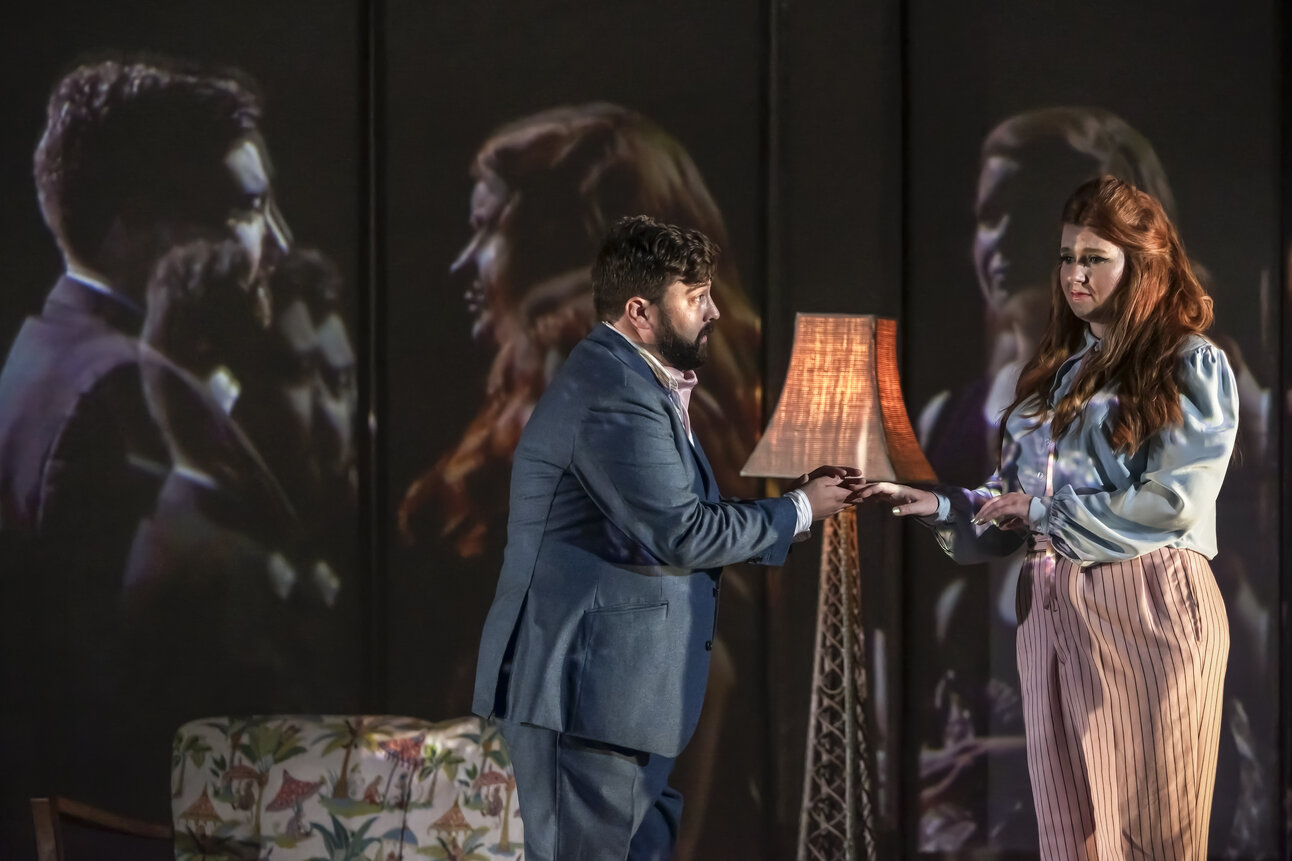 But Compromise is an Act III that lacks the ripe charge of regret and roads not taken. The Lack of Chemistry Between Meinir Wyn Roberts’ Magda and Joseph Buckmaster’s Infallible Mama’s Son of a Ruggero (both pictured above) robs us of the emotion needed to fill the void where a tragic death might usually be. Intermittently catching fire, Wyn Roberts’ heroine flicks in and out of focus, reaching glorious intensity in the climaxes but losing us in the conversational back and forth. The latter is the favorite territory of Lisette by Lorena Paz Nieto (pictured below with Vaughan Davies), however, whose talkative maid Despina-ish is all slanderous charm and quicksilver energy. Buckmaster heats up throughout the night, opening up from a tight start to a nice Italian sob in the closing duet. 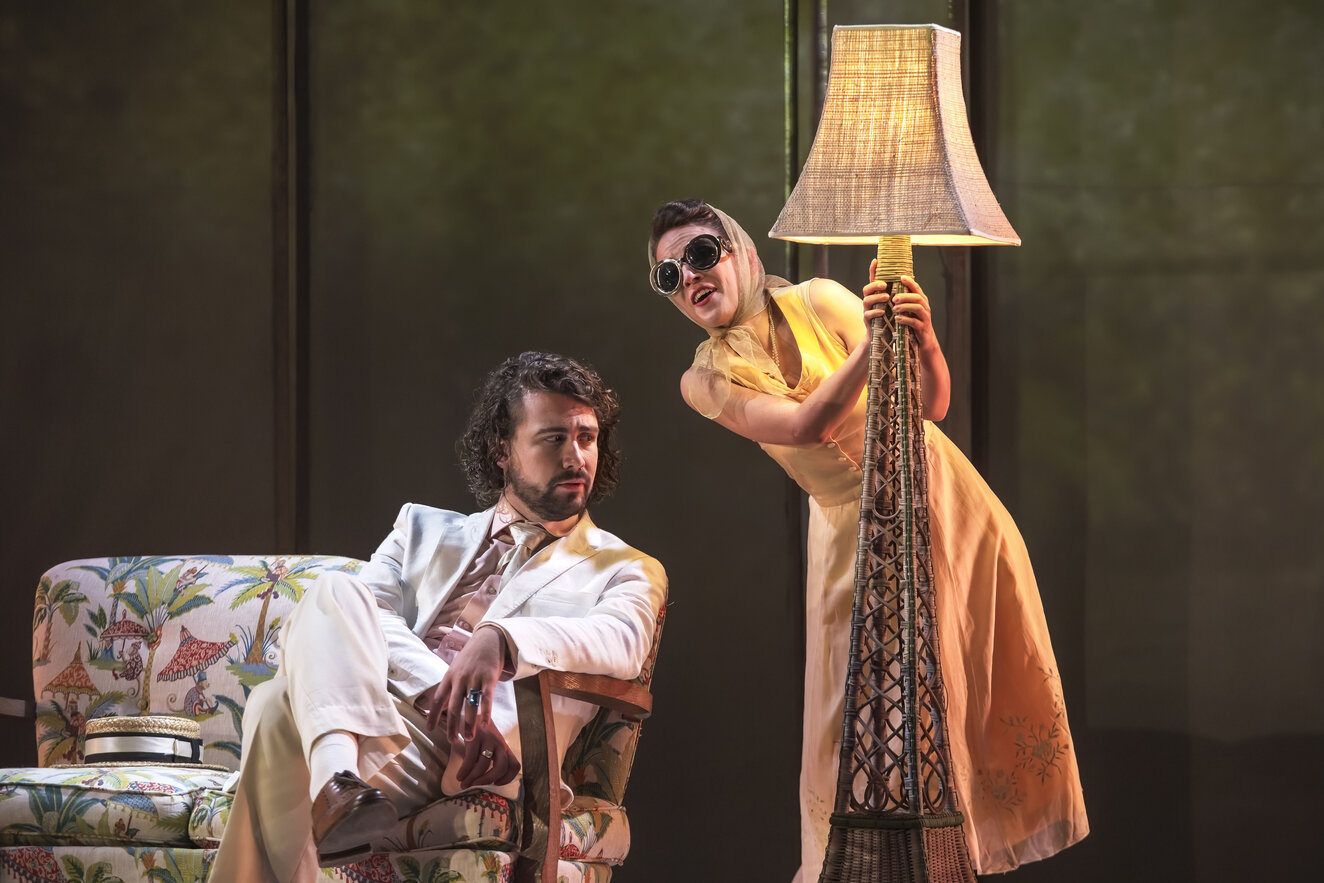 Bruno Ravella’s staging remains simple. Moving the action to the 1950s turns the screw on a drama that revolves around the importance of sexual virtue and reputation. Seeing Magda and Ruggero gone here is the romantic equivalent of those soldiers killed in the final days of a war. Plenty of chrome fixtures and geometric prints lend a strong sense of context, while video projections by Luca Panetta highlight the gap between fantasy and reality that this piece so effectively lives in.

As the opening gambits go, it’s interesting. Better watch this space; If Opera just warmed up.

Opera Naples, one of Naples’ leading performing arts organizations, has announced the 2022-23 season. After …