robotic instrument plays tattoos as musical compositions
all images are courtesy of :: vtol ::

moscow media artist dmitry morozov from :: vtol :: designed and developed a sound controller that creates a sheet music of a tattoo. “Read my body” uses a robotic instrument that combines the human body and technological systems into a single entity. the device is composed of a balustrade with hand supports and two parallel sensors of black lines that move along the arm using a stepper motor and is equipped with a three-dimensional Wii remote control, giving him the additional possibility of expression obtained by moving the hand in space. The morozov tattoo has been specially designed to contain the maximum number of variable time intervals between triggers. the performance piece is designed to automate the creative process in an attempt to represent the artist and his instrument as a creative hybrid. take a look at the video below for a demonstration of ‘reading my body’: 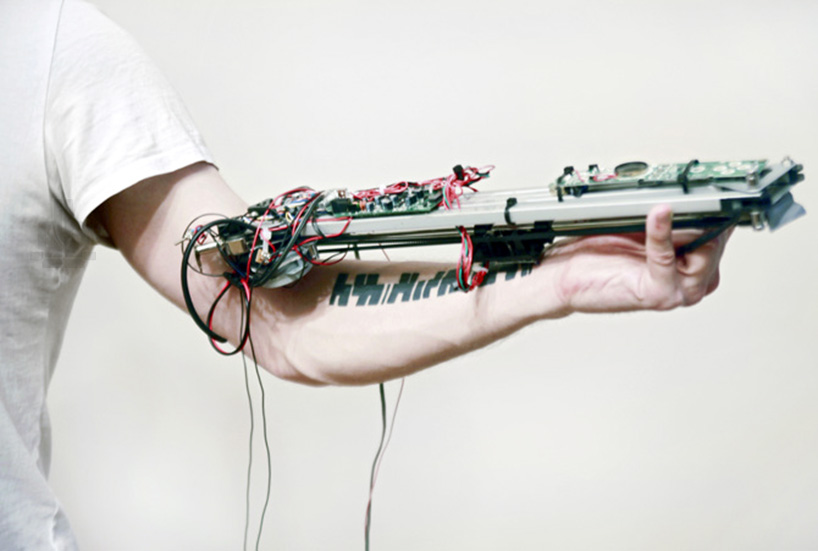 the robotic guardrail attached to the arm 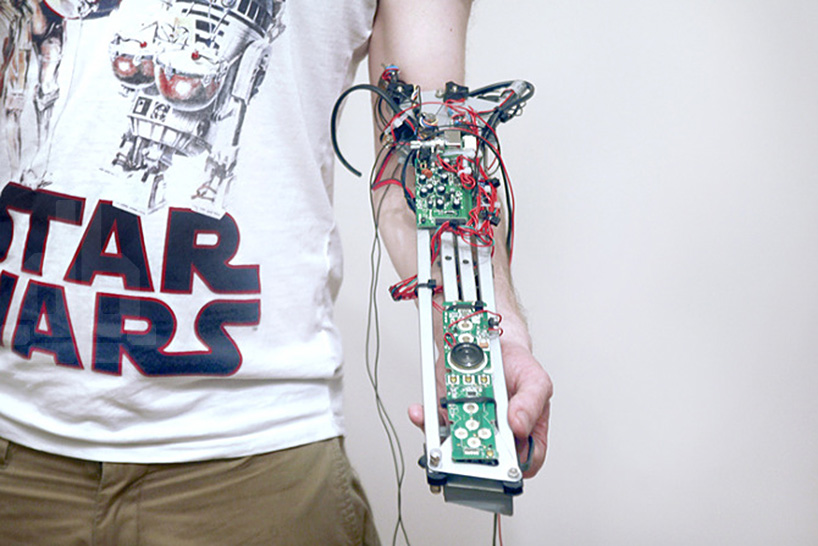