The Shanghai Opera opens the season in style

Shanghai Opera presents “Das Land des Lachelns” (The Land of Smiles) at the Shanghai Oriental Art Center this weekend, which serves as the opening act for its 2022 spring and summer performance season.

“Das Land des Lachelns” is a 1929 three-act romantic operetta by Franz Lehár, one of the first Western theatrical works to feature a Chinese protagonist.

This latest version was jointly produced by the Shanghai Opera and the Budapest Palace of Arts, which premiered in Shanghai in 2018.

“Das Land des Lachelns” is one of the first Western theatrical works to portray a Chinese protagonist.

“Our season-opening opera tells stories about China, while other productions show Chinese people’s involvement and understanding of world-famous operas,” said Xu Zhong, conductor and director of the Shanghai Opera.

In the following months, the opera will present “La Bohème” at the Shangyin opera; “Der Fliegende Hollander” at the Shanghai Grand Theatre; as well as three Chinese opera productions with revolutionary themes. 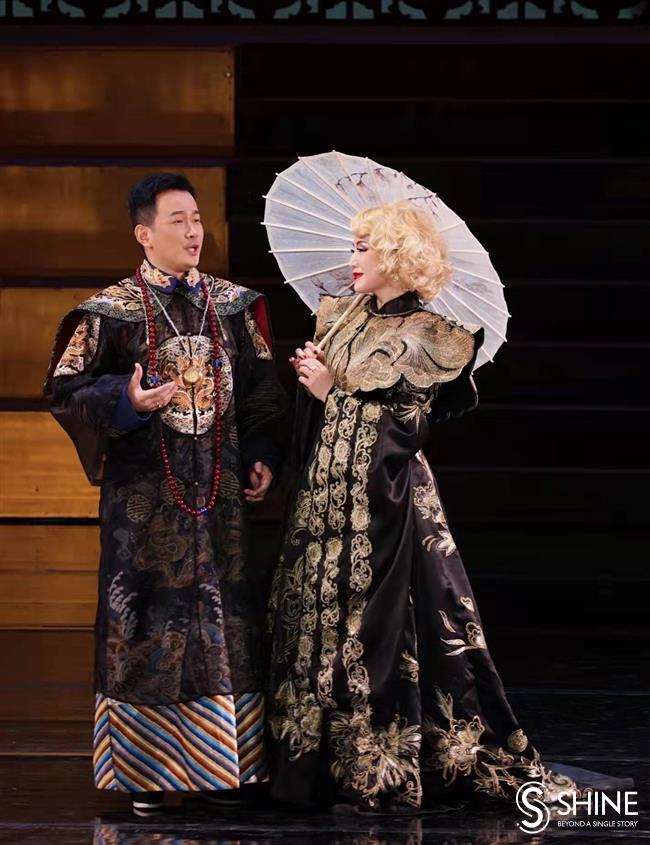 Tenor Shi Yijie has the lead role of Prince Sou-Chong.

The brand new Shanghai Grand Opera House is under construction in the Pudong New Area, which is expected to be completed next year. Xu said Shanghai Opera will continue to improve the quality and quantity of its works and promote the art of opera to the public.

“I really like this opera, in which everyone faces pain with a smile,” said Shi, who first sang the role in 2018.

“I’m more mature than four years ago and have gained a better understanding of the work and its characters,” he said. “I will use my voice and my performance to showcase Eastern philosophies in the work.”