Richard Meale’s Grand Opera Voss (1986) ultimately speaks of “a stranger in a foreign land”. Based on German explorer Ludwig Leichardt (after Patrick White’s magnificent 1957 novel), Johann Ulrich Voss is a man trapped in a personal fog, bewildered and alienated by and from the practicalities of life due to his ego and intransigence. He is a man who lacks personal and interpersonal skills and these ultimately lead to his demise in the harsh environment of the Outback. White’s dense modernist style is transformed into a highly poetic yet succinct libretto by acclaimed poet and novelist David Malouf, creating the perfect counterpoint to Meale’s ingenious score.

Premiered at the Adelaide Festival in 1986, the work was a big hit, even leading to an international recording, and yet in 1990 it would disappear from performance until now. For Meale, Voss is a pivotal work. It departs from its earlier astringent neo-Boulezian serialism, moving towards its later embrace of a cool but appealing impressionist style. Within the opera, he successfully weaves a number of musical styles and references – 19th century quadrilles, lieder, Henze and Ravel, and even a nod to Gounod in the Epilogue chorus.

The opera is presented in a very efficient and economical semi-staged manner with both the orchestra and the voice cast on stage. Behind them is an evocative and effective series of semi-abstract bushscapes projected and manipulated by Fred Williams (Video Design Jamie Clennett). And Roger Kirk’s costume design brilliantly reflects the era and plot settings (1840s Sydney and the perilous Outback). Laura’s outfit certainly brought back memories of Marilyn Richardson in the original production.

This performance is the culmination so far of director Stuart Maunder’s highly successful ongoing series of the so-called “Lost Operas of Oz.” There wasn’t much room to move once the orchestra and singers took their positions, but Maunder was able to overcome this, establishing both a physical sense of space for the plot to unfolds and an emotional space for music and voices. to exist. Brilliantly enough, these combined to create that same sense of vastness one encounters in the outback, and it certainly served to raise the dramatic stakes of the opera. 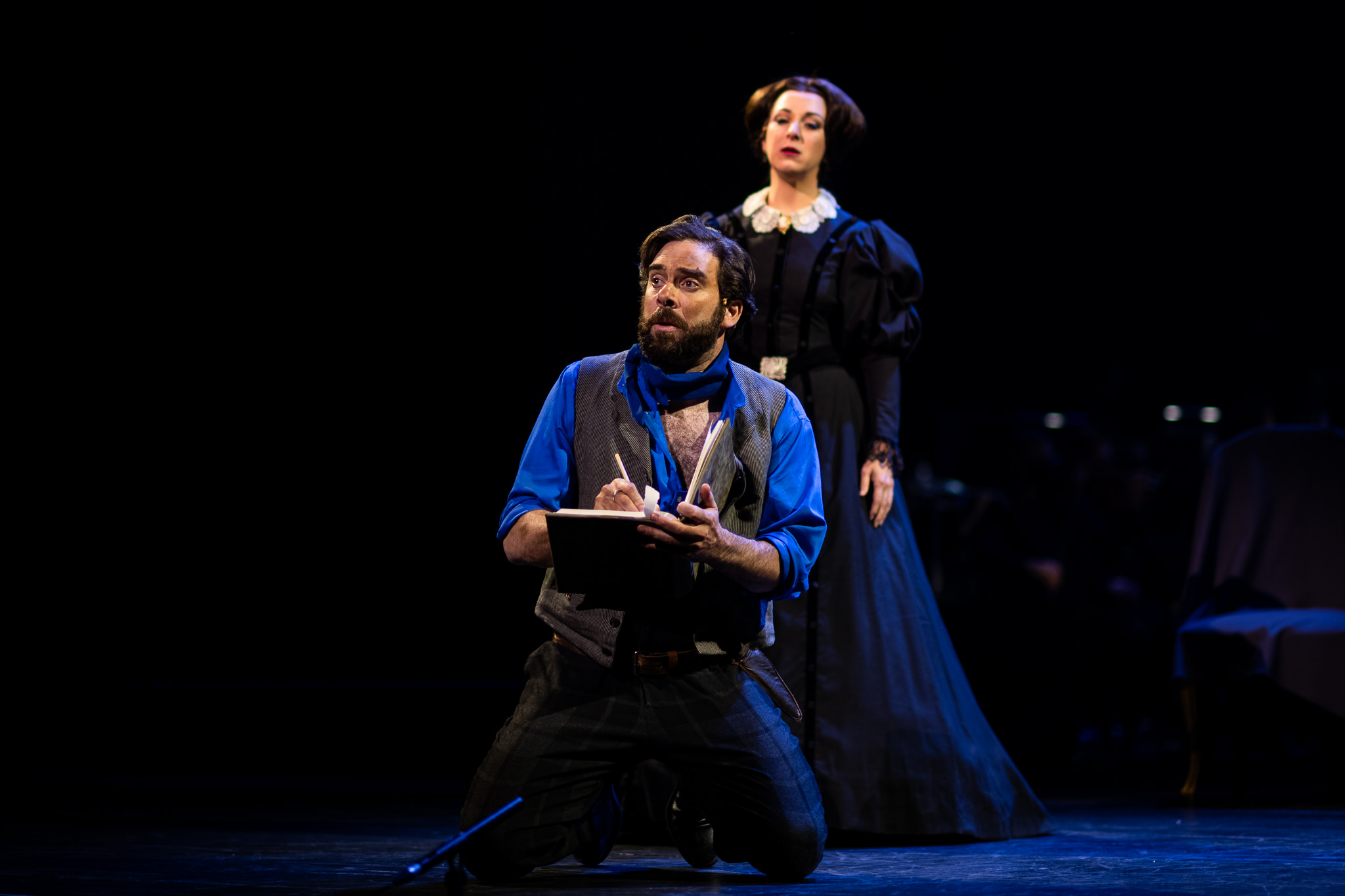 Maunder was also able to effectively close the emotional space between Voss and Laura. In White’s novel, the two main protagonists often interact via a series of internal monologues – often difficult on the page, but on stage the artificiality and heightened emotions of the opera serve to make their connection far more immediate and real. , although they rarely sing to each other. There is a lot of lie here, and no shortage of todBut no lie As such.

Samuel Dundas is truly excellent as Voss, capturing his flaws (his indecisiveness, self-centeredness, and alienation) in a touching way. He is equally good in his love for Laura and the ultimately Christ-like scattering of her lifeblood on the firmament. Dundas is an excellent dramatic and committed singer who moves effortlessly from naive romantic daydreaming to true understanding through redeeming love. Emma Pearson’s Laura Trevelyan, Voss Bonner’s benefactor’s niece, is in true poise with Voss, providing ying to her yang, consistency and common sense to her reckless drive. The duets between estranged lovers are both intimate and touching. As elsewhere in this company’s productions, Maunder brings a real sense of complete involvement with its cast. He brought together a really fine and engaged group of interacting singers. The entire supporting cast is to be commended for their commitment and belief in the resurrection of this fine opera. This is perhaps the finest Australian grand opera house we have – to date. 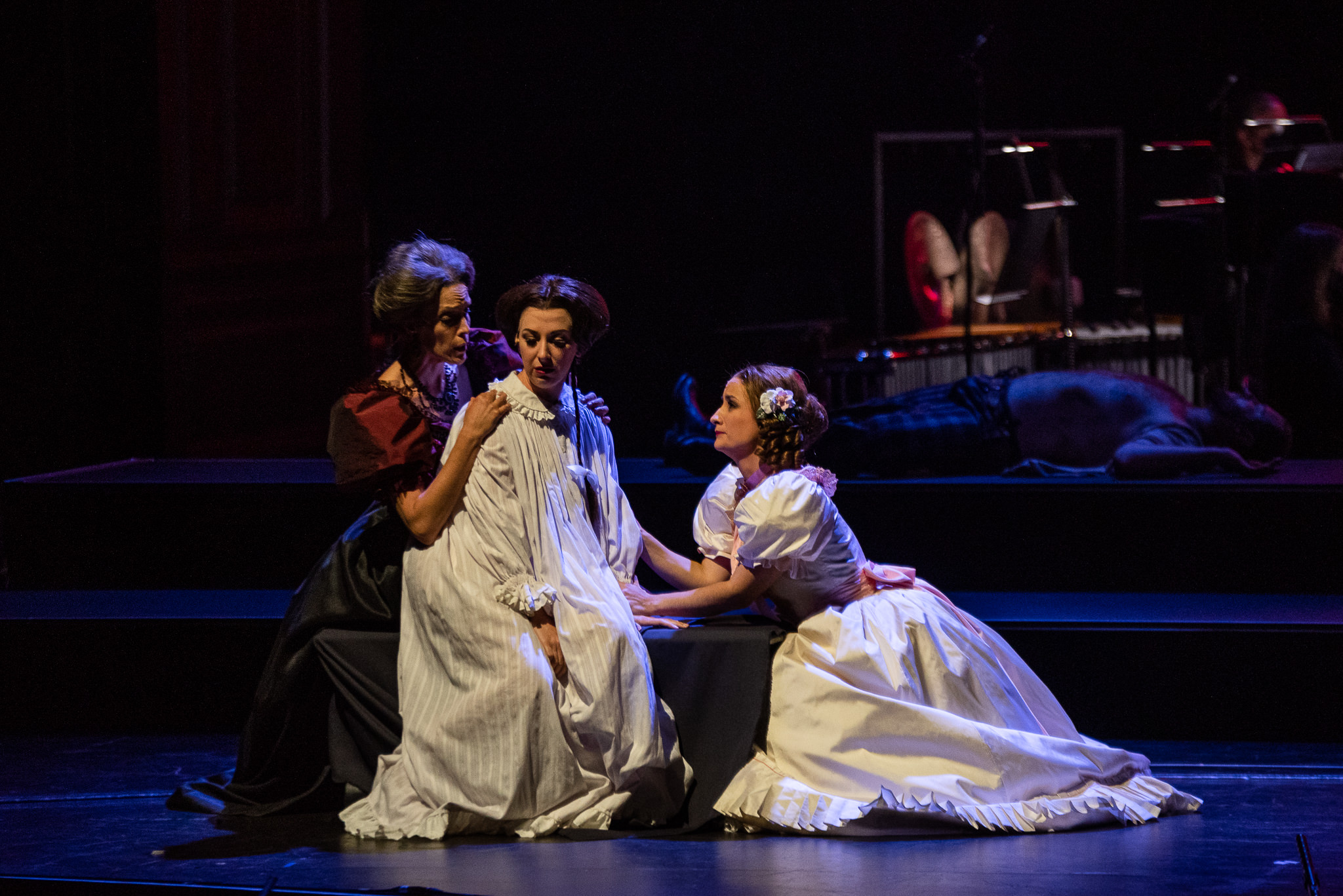 Pelham Andrews and Cherie Boogaart show how good character singers they are, effortlessly taking on two distinct roles each – Andrews as Mr. Bonner and ex-con Judd, and Boogaart, just as convincing as his two partners. respective. Both are gifted with excellent diction and in doing so show that it is possible for the English language in opera to be very successful.

Finally, the Adelaide Symphony is more reliable than ever. Conductor Richard Mills conducts with great knowledge, transparency and empathy, showing exactly why he is a famous champion of Australian opera. The strings were taut and all the musicians moved effortlessly through Meale’s highly descriptive score. Particular praise must be given to flautist Geoffrey Collins whose lines floated like an evocative perfume, and Sarah Barrett’s lush horn brought a German romantic feel to wear – underscoring Voss’s often naïve and profaning indecisiveness.

It took thirty years to be able to reassess the Voss – and this production confirms that it is an undeniable masterpiece. We had to endure the vagaries of COVID to get here, but the wait was worth it. Congratulations to all involved! Pray that we don’t have to wait another thirty years for the next performance.